This is a continuation of my previous post in which I compiled a random list of Japanese anime films that are some of my personal favourites. Since that post happens to be one of the most visited on my blog, I thought I would update it with films that were released after that post was written. There are so many films I love but have not included in both posts. Some honourable mentions would be pretty much every Ghibli film ever, and also pre-Ghibli ones (like Nausicaa).

These are not the ‘newest’ releases and I admit I haven’t watched many of the recent films that have been released, so this is not an exhaustive list and I know there are many movies missing here. Still, this post could be a pointer if you want some recommendations. Again, these are in no particular order.

No anime film list would be complete without a Studio Ghibli film in it. The Wind Rises was supposed to be Miyazaki’s last directorial feature before he announced that he was coming out of retirement once again. This 2013 film is a poignant and fictionalised tale about Jiro Horikoshi, a young man who went on to design Japanese fighter jets during the Second World War. The film follows Jiro’s life from 1918 to 1945; from his years as a student to chief engineer of fighter jet designs. Central to this story is also his chance meeting with Naoko, who ends up being an important part of his life. The film highlights Jiro’s passion for planes as he navigates the difficult circumstances he lives in. Directed by Hayao Miyazaki, the film is emotional, beautiful and is romantic not only because of its story but because of the way it has been made. Joe Hisaishi’s music is masterful once again, proving that Miyazaki and Hisaishi are a marriage made in heaven.

2. When Marnie Was There (Omoide no Mānī)

This 2014 anime film is another recent Studio Ghibli masterpiece (this time not directed by Miyazaki) that is quite different from anything you may have seen. It follows the tale of Anna, who lives with her relatives in Hokkaido. One day when she chances up an abandoned mansion, she finds Marnie and becomes great friends with her. Marnie is a mystery however, and as time progresses, Anna finds out more about who Marnie is and what is really going on. Although this is no mystery film, the twist at the end has a lingering impact. Again the film is visually stunning (typical of Ghibli) and the music is haunting. It is quite an emotional film, so get ready to shed a few tears.

3. The Tale of Princess Kaguya (Kaguya-hime no Monogatari)

To be perfectly honest, I have not watched Princess Kaguya yet, and somehow, after Isao Takahata passed away, I feel even sadder about watching his last masterpiece. This 2013 film is Takahata’s swan song and is based on a famous Japanese tale. I have no doubt that this film is brilliant, soulful and emotional. I’ve seen the trailer and the art style is very different (I can draw a few parallels to the art style of My Neighbours the Yamadas). Although I have not watched the film, I would highly recommend it, because I know it’s definitely brilliant.

Makoto Shinkai’s 2016 film throws in some romance, magical realism and fantasy to create a rather exhilarating experience. It is currently the highest-grossing anime film of all time. The story centres around two protagonists- Mitsuha, a girl who lives in a rural part of Japan, and Taki, a boy in Tokyo. The two protagonists find that they are rather bored in their normal lives but can switch bodies. As a result, they live different lives every now and then. By being in each others’ bodies from time to time, they change their lives and cause unintended consequences. They also form a very special bond with one another even though they have never met. There is a lot more that happens in this film, but since I am keeping it spoiler-free, I’ll stay away from mentioning those things. The film is visually stunning, just as you’d expect from a Makoto Shinkai film. I found parts of the film confusing, but it leaves a lot open to interpretation, and I think this is one of its biggest strengths.

Mamoru Hosoda’s 2012 animated film is one of his most surprising ones yet. With some magical realist undertones, Hosoda weaves a wonderfully emotional tale about love, acceptance and letting go. The protagonist of the film is Hana, a young woman who falls in love with a mysterious man. The man is revealed to possess the ability to turn into a wolf. They fall in love and have two children – and both children have the capacity to transform into wolves. However, the children struggle to negotiate their dual identities – wolf and human. A lot of the film is about Hana’s struggle raising her two children alone and the emotional backdrop that she and her children exist within. Hosoda’s direction is applaudable and the film never strays from its emotional core.

6. Garden of Words (Kotonoha no Niwa)

Another Makoto Shinkai film on this list that deserves high praise, is his 2013 film Garden of Words. The title itself is poetry, and the film is fully poetic. The film follows a 15-year-old aspiring shoemaker Takao, who keeps crossing paths with a 27-year-old woman at a garden. Both form a bond and confide in one another, allowing each other to grow. The beauty of the film comes from how these two characters with this large age gap are able to sustain each other and help each other at these various stages in their lives. Again, each frame is beautifully drawn and animated and the ever-present rain feels like being immersed in a meditative state.

Mamoru Hosoda’s 2009 film probably has one of the most deceptive starting sequences, but get past the first few minutes and you will really enjoy what you watch. The film focuses on a shy math genius Kenji, who decides to take up a summer job at his crush’s hometown. He pretends to be her fiancé during her family’s reunion for her grandmother’s 90th birthday. However, the pleasant stay seems to go awfully wrong when a computer-simulated virtual reality world is hacked and its effects are felt in the real world. Kenji has to use his mathematical abilities to save the world from chaos.

Released in 2011, this Matoko Shinkai film is probably his most different one. It follows the story of a young girl Asuna, who after the death of her father, has to come to terms with being burdened with responsibilities prematurely. One day Asuna meet a strange boy, Shun, with whom she forms an attachment, but she learns that he might have died. Reluctant to believe this, Asuna enters the land of the dead, Agartha, with her teacher Mr. Morisaki (who has lost his wife and wants to return from the dead), after various events lead them there. This is a coming-of-age story filled with gorgeous colours and backgrounds (typical Shinkai) and some fantastical creatures. It is not 5 Centimetres Per Second for sure, but it is worth a watch.

9. Ponyo On The Cliff By The Sea (Gake no Ue no Ponyo)

Hayao Miyazaki’s 2008 film about a fish girl who wants to be human is full of environmentalist undertones (like many of his other movies). Ponyo, a fish, wants to see the human world and ends up in a bottle. A human boy Sosuke finds her and takes a liking to her, and she does to him as well. However, Ponyo’s father perceives that she is in danger from humans and brings her back. To escape, she unleashes magic that turns the real world chaotic. The film puts across many environmental questions through its child protagonists and works towards instilling a love for nature.

This 2010 film directed by Hiromasa Yonebayashi is a rare non-Miyazaki non-Takahata gem in Studio Ghibli’s collection. Through the eyes of tiny person Arrietty, the film builds a world where normal humans seem giant, and the troubles of a little person are amplified. Arrietty survives by borrowing items from humans. One day she meets Shō, a bedridden boy who learns of the existence of her kind. The two develop an interesting friendship and Shō promises to keep Arrietty’s existence a secret. The film is beautifully animated and the music is unlike anything you might have heard in a Ghibli film so far. For a directorial debut, this film is excellent, and although it may not be a completely faithful adaptation of the original book by Mary Norton, it creates its own unique identity.

Once again, this list basically includes Ghibli, Makoto Shinkai and Mamoru Hosoda. This is probably because I haven’t watched too many anime films recently aside from these directors and studios. I’d be more than happy to get new recommendations!

The WordPress.com stats helper monkeys prepared a 2013 annual report for this blog. Here’s an excerpt: The concert hall at …

Originally posted on Anarya's Sanctuary:
Every 20 minutes, a woman is raped in the largest democracy in the world. Whether it…

I had written this many months ago but had not posted it. Therefore please excuse the fact that it is …

Prambanan is a UNESCO World Heritage site located in Central Java, Indonesia. It can be easily accessed from Yogyakarta, which …

Note: This is a passionate post, but be warned that if you’re looking for some conventional love story, you will …

Recently I came across this absolutely relevant article written by Joy Chen about the ‘problem’ of ‘leftover women’ in China, …

The following thoughts are a direct result of reading Oscar Wilde’s De Profundis. I read parts of it and immediately … 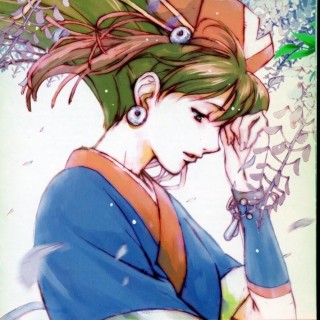